My brother Steve wrote that song for me the first time I used an airport wheelchair. It made me cry. Both the wheelchair and the song.

I spent years hauling my weary body painfully through airports… because, like many other chronically ill people, I had the simplistic view that wheelchairs were for people who couldn’t walk. Since I obviously could walk — sometimes, to some extent, often at great cost when I tried to go long distances — I took for granted that they weren’t meant for me. They were for people who “really need them,” and I wasn’t self-aware enough at the time to really think in much detail about what that meant.

I admit it. It took me until the day I completely broke down between terminals at O’Hare before I gave in and began using airport wheelchairs. That was the day when I realized that my choices were no longer “take a wheelchair at the airport or walk to my gate like everyone else.” They were “take a wheelchair at the airport or miss my plane.”
That was one of the worst trips I’ve ever taken. Everything seemed to be conspiring to make the walk outright impossible for me. I had a heavy carry-on bag with broken wheels, I was already in a bad fibro flare, and my connecting flight was all the way at the other end of one of the largest airports in the United States. I don’t remember why I decided to walk between terminals instead of taking the mini-train… I think I had been told that my gate wasn’t as far as it was or something. There’s parts of that day which are a blur in retrospect.
Anyway, I got about two thirds of the way to my second gate — and then my legs finally went from painful to weak, and I had to sit down then and there on my carry on suitcase because I couldn’t get one step farther. I had just enough strength left to push myself and my bag over to the side of the hallway so I wouldn’t get stepped on by passing travelers, and then I put my head down on my arms and cried.
I got out of that situation thanks to some kind travelers from Germany who asked if I was all right, and then when I explained what has happened, flagged down an airport employee for me. The employee called for the transport truck, which came and hauled me and my baggage to the gate where I belonged. Between making the truck go out of its way and arriving at the last moment for my plane, I made MUCH more fuss for the airport staff than I would have if I had just asked for help in the first place… a fact which did not escape my mortified notice at the time! And I convinced myself the hard way (because I rarely learn by any other method) that I was finally one of the people who “really needed” airport wheelchairs, and therefore were privileged to ask for them.

The first time I had occasion to test my new resolve and ask for the darn chair, I was on my way to a music convention. Steve was performing there, and I’d told him that I would attend if he’d promise to sing a song either by me or about me in his set. I had written a bunch of songs by that time, and I mostly expected him to go with one of those, but he didn’t know many of them very well yet, so I gave him an out in case he didn’t want to try and learn one in time for the show. And he surprised me with this.
It does feel weird to take a wheelchair for the first time. I won’t lie. I kept wanting to apologize or explain to everyone… especially since my fibromyalgia is one of the invisible disabilities, meaning there’s no outward way to see what the heck is wrong with me. It’s very real, but it’s not on display, so I kept expecting to be challenged about why exactly I needed that chair.
The truth is, of course, that nobody cares. The wheelchair pushers — is there a better term for that? It sounds as if they want me to get high on a wheelchair, when I guess they actually want me to get high on a plane — just care about getting you from point A to point B as quickly as possible and without getting in anyone else’s way. And the other passengers generally don’t even notice. I mean, it’s an airport. They’ve got their own trip to worry about. If I balanced a ball on my nose and barked like a seal while the wheelchair rolled me along, they’d probably only give me a casual glance to see what the noise was.

By now I’m a complete convert. The only flights when I don’t request airport wheelchairs are when I’m bringing my own scooter instead. I prefer the scooter because I can use it for the rest of the trip as well, not just the airports; but there are times when it isn’t practical. If I’m traveling alone, I have to weigh (literally) the ease of having the scooter vs. the price of having to haul the heavy pieces in and out of car trunks by myself, everywhere I go. Usually the scooter loses, because for short distances, my body is more willing to walk without rebelling than it is to lift heavy stuff.

On the upcoming Africa trip, I will be using airport wheelchairs instead of my scooter because I’ll be riding small bush planes within the Zambia-Botswana region, and they don’t have the weight capacity to carry my scooter. In fact, I’m confined to two small, soft-sided bags for the entire seven-week trip, for the sake of those bush planes!! My packing process is going to be interesting, but I’ll talk more about that in an upcoming article.
But for the big airports, I’ll ride in comfort through the long hallways… because if walking hurts me or it takes me longer than a healthy person to recover from the trip at the end, then yes, those chairs are there for me and everyone else like me. I’ve even taken them when my gate was at the close end of the terminal, right past security… because showing up at the gate in a wheelchair gets your priority boarding, and I didn’t need the chair to cover that short distance but I sure did need the priority boarding. I was flying Southwest that time, which doesn’t assign seats in advance, and priority boarding meant I had a bulkhead to rest my legs against. For the first time in months, I got off a plane with my legs not hurting much more than they did when I got on. And that’s an okay reason to ask for a wheelchair too.
Anything that gets you where you’re going with a little less pain or exhaustion is. 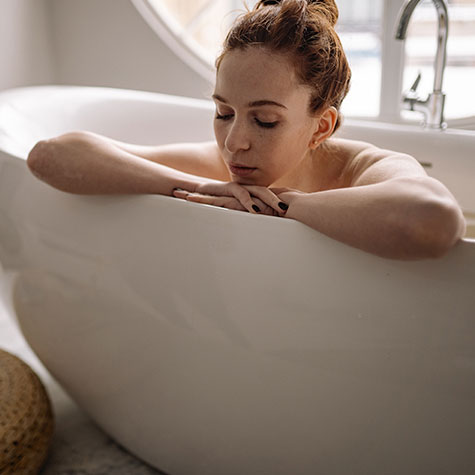 Five Tips for Balancing Energy While You Travel

I just finished watching a video about a charter yacht's crew, on their day off in Alaska. These are pretty healt...
END_OF_DOCUMENT_TOKEN_TO_BE_REPLACED