Right now, as I write, I am touring Amsterdam on a boat. I am also living, for the week, on a boat. Different boat. Amsterdam is very big on boats. This happens when your entire city is below sea level and therefore most of it’s built on piles just to keep it out of the water.

I finished the Uganda trip in Entebbe two nights ago, in a pouring rain. It’s a good thing I met Susie the shoebill in the zoo, because I never even got the opportunity to go on my boat ride to look for wild ones — the rain prevented any chance, so I just took a quiet day at the hotel and then flew overnight to Amsterdam, arriving early yesterday morning. My oldest friend lives here — we were eleven together, far too many years ago in New York City. Now she lives in Amsterdam, and I couldn’t resist visiting her on the way back from Africa since most of the flight options available to me changed planes in her city anyway.

So I’m here for a week, spending time with J and her husband; getting to know their city, and living for a week on a houseboat just because I can. Because it’s a very Amsterdam way to live, and I wanted to see what it was like for myself. It’s a lot of fun.

J found me the houseboat via Airbnb, and it’s an adorable little place. It has a tiny mini-kitchen and living area in what was once — and if the boat were ever taken out to sail, would be again — the wheelhouse, up at the top. The bathroom is made of a series of separated elements going step by step down the stairs: toilet cabinet on the left, shower stall beyond it a bit further down, and sink at the bottom, out in the open well that’s just beyond the foot of the staircase. The main bedroom is to the lower right, opposite the shower.

Originally, I had thought that was the whole boat. But I got a real surprise when I opened up a cabinet underneath the sofa in the wheelhouse… I found a whole additional bedroom down there!! It wasn’t a cabinet at all, it just looked like one. You could climb through the double doors and right down the ladder into the second room. I didn’t need a second bedroom of course, since I’m alone here, but it was a lot of fun to go poking around and find more than I expected. The boat is really cold — it’s got no insulation and February in the Netherlands is chilly! — but I pulled the quilt from the second bedroom into my room for extra warmth, and found a little ceramic space heater that warms the small rooms of the houseboat very nicely, so now I only get really cold when I first have to leave the bedroom in the morning. I would love to live on a houseboat some day… but I’ll get one with better insulation if I do.

I’m not alone in liking this option. Hordes of modern Amsterdam residents have chosen to live on the water. About half the streets have canals at their centers, and every canal except the biggest thoroughfares (which are kept clear for shipping) are lined from end to end with houseboats. I have looked into what it takes to own one and it’s a bit of a regulatory mess, because you have to buy the mooring location at the same time you buy your boat, and it can be very difficult to get permission to change the boat you put there once you’ve bought them… but somebody had clearly succeeded in changing their boats, because there are houseboats ranging from antique to ultra-modern and of every conceivable size, shape and description. Some are basically just floating houses, built like any other house but sitting on a platform on the water. Others — including the one I’m living in — are formed like the old sailing ships or canal barges which used to ply these waterways. A large handful of them actually are the old sailing ships or canal barges — some of these houseboats are well over a century old and still sound. I’ve even seen some from that era that still sail, when the owners feel like it.

It’s a real shock in many ways to be visiting such a very European city after a solid month in Africa. The architecture is very different, the culture is very different; even the weather is very different. It’s cold, wet winter here right now, and I badly miss the Okavango sun. But I admit I am also reveling in some of the basic luxuries that Europeans and Americans take for granted that Africans cannot… such as tap water that’s safe to drink! Ride 4 A Woman’s Safe Water project definitely hit a chord with me, as sick as I got from the water myself. I intend to support that project as well as I can; I don’t want anyone to have to risk their lives and their families’ lives with bad water because it’s the only kind they have. It’s so easy to filter the stuff successfully, and so cheap… by my standards. Not by theirs, which is why they need help.

Right now, J has taken me on a city tour through Amsterdam — by canal boat of course! The captains (there are two, because one is in training) are showing us all the fancy older buildings constructed in the city’s Golden Age, during the 17th century when Amsterdam was the center of the European economy. Many of them are well maintained and extraordinarily beautiful, from a time when if you had money, you showed it through good stone, craftsmanship and detailed ornamentation. I’m having a good time.

I’ll probably write somewhat less about this part of the trip; unlike in Africa, I’m here in large part to visit J, so I won’t be doing tourist activities every day — sometimes we’ll just be hanging out talking and enjoying each other’s company. But we’ll definitely be doing some touring beyond today. There’s going to be a trip to Leiden to see the National Museum of Antiquities, and right here in town there’s the Maritime Museum. The Netherlands, of course, made their fortune as a maritime power, sending their trading ships throughout the world. I’m looking forward to that.

Africa, you were beautiful and magnificent, and I will always love you. I’m already making plans to go back someday… hopefully to the Serengeti/Maasai Mara next time. Or maybe South Africa with time to really see the country instead of just in and out through Johannesburg. Or perhaps Madagascar…

But for now, stay tuned for all things Dutch! 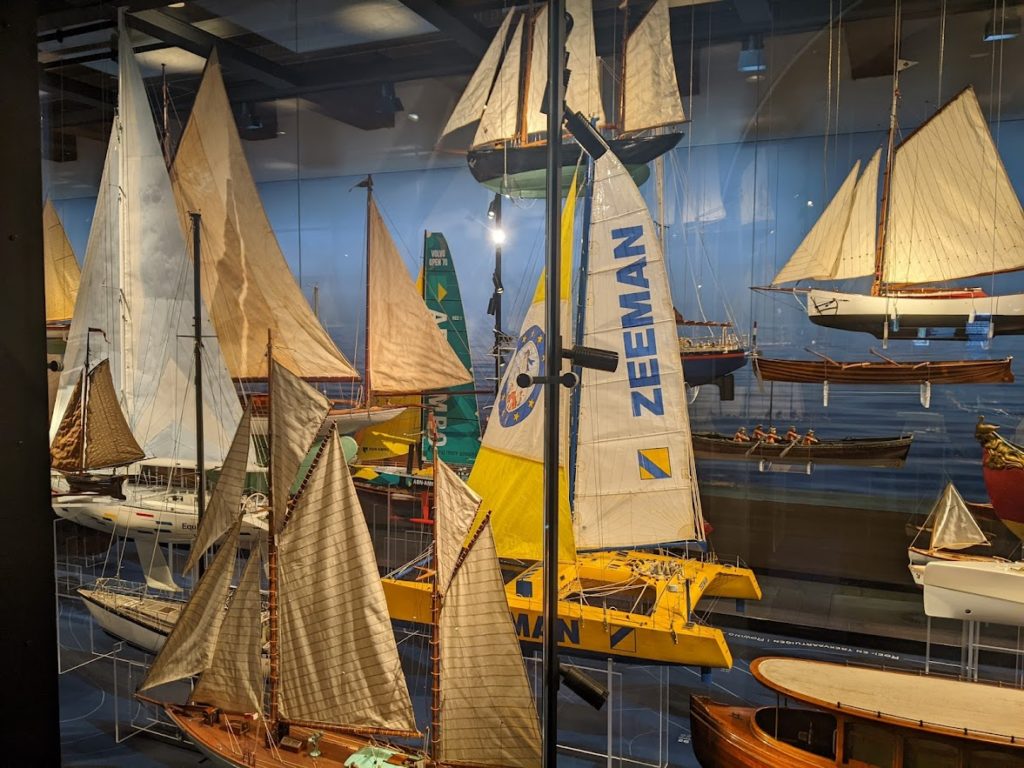 My visit to Amsterdam began with boats, and appropriately enough, it's ending with boats. ...
END_OF_DOCUMENT_TOKEN_TO_BE_REPLACED 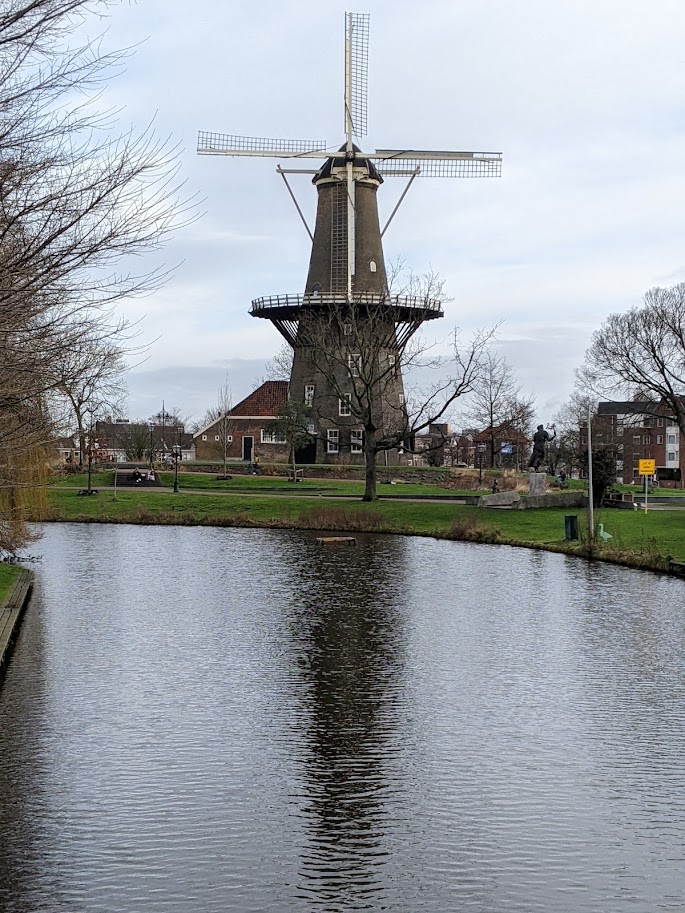 The Dutch in the Ancient World

Today we took the train to Leiden, to explore the town and visit the Museum of Antiquities.

END_OF_DOCUMENT_TOKEN_TO_BE_REPLACED 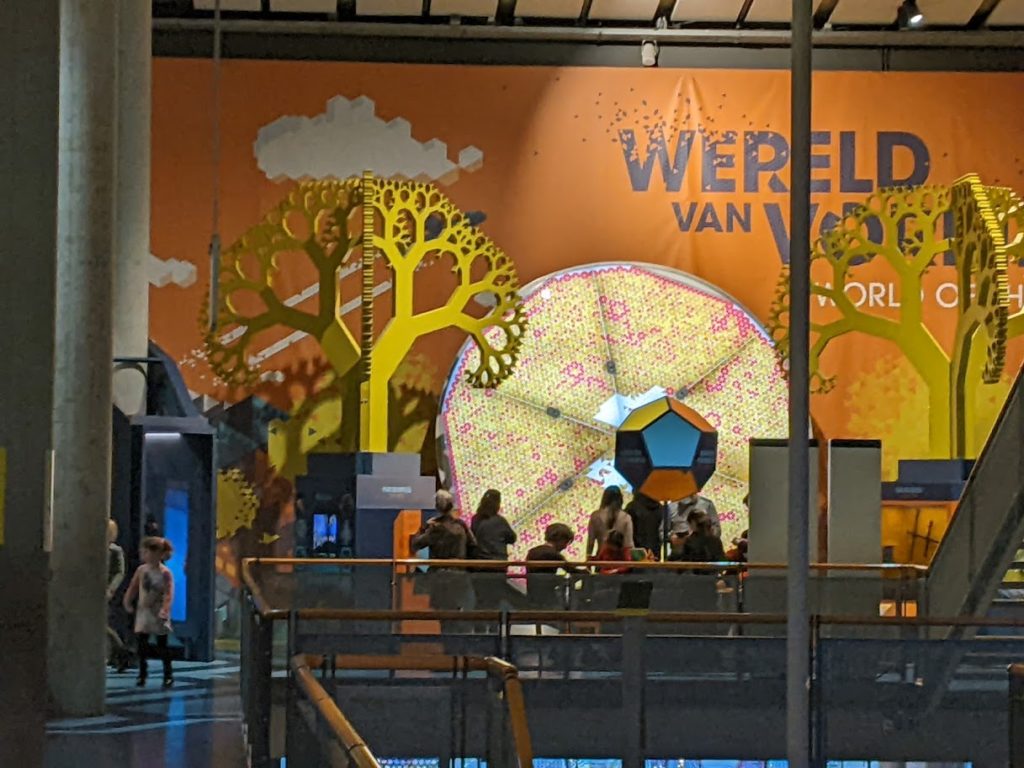 I mentioned in my last post that J and I were once eleven together…Today, the two of us went off to the Nemo Science Museum, to be eleven again and play with all the cool exhibits. It was a lot of fun.