This post is going to be partially a rant. I’m warning you now. I love travel, and I love writing about travel, and so I’m nearly always positive when I write these posts, simply because I’m talking about things that make me feel good. But every once in a while…

As reported in the news today, Judge Kathryn Kimball Mizelle, a Trump appointee, struck down the CDC’s mask mandate on any form of transportation. Airplanes, trains, buses, whatever. Immediately.

Judge Mizelle based her sweeping decision — ‘sweeping’ is writer-speak for “wildly overshooting any conceivably rational position” — in large part on the definition of the word “sanitation.” Evidently, the only way in which the CDC is allowed to mandate basic health measures is for purposes of sanitation. Judge Mizelle thinks sanitation is strictly limited to the process of cleaning things. “Wearing a mask cleans nothing,” she wrote. Never mind the fact that the purpose for which the CDC exists in the first place is, very specifically, to prevent the spread of disease. “Sanitation,” in a CDC context maybe ought to be interpreted in a fashion that makes some kind of sense related to this purpose? But I’m not a judge… or, doubtless more importantly, a Trump supporter.

In principle, this affects me a great deal as a traveler. But I’m trying to calm down enough to remind myself that, from a strictly practical standpoint, it’s actually not going to change very much. The mandate was set to wrap up within a few more weeks anyhow, so by the time I was expecting to fly next, it probably wouldn’t make any difference. And I’ve never truly counted on other people wearing masks to protect myself, because I can’t assume they’re wearing very good ones, or have them on correctly.

On every flight I’ve taken in the last two years, I’ve seen some passengers who have their masks down around their chins, or who take their masks off as soon as possible “to eat,” and then spend the entire flight nibbling slowly in order to have an excuse to keep it off. Or who are wearing the kind of N95 mask with a hole in it, making it very good at protecting the wearer but actively worse than nothing to protect their neighbors.

So I’ll do what I’ve done ever since the pandemic began: I’ll make sure that my vaccinations are up to date, and I’ll wear a good mask with a tight fit myself, and count on those to protect me without expecting any help from the rest of the people around me.

But I’m annoyed. It’s all so pointless. It probably won’t hurt me much, but it definitely doesn’t help.

It’s possible, of course, that there will still be a mask mandate on my flight to Italy. United States federal rulings don’t affect any other country’s decisions, of course, and most of the airlines that fly to Europe are owned by European governments. They’re free to set their own policies, and even if Judge Mizelle has decided that the CDC isn’t entitled to require that my neighbors on the airplane wear masks, that doesn’t mean that KLM can’t require that my neighbors on their airplane wear masks. If they don’t like it, they can fly another airline.

I hope so. I’ll ask my flight agent to try and find us an airline that still has a mandate of its own, but it’s not going to be easy to tell, at booking, who will be keeping their own mandate between the time I book the trip and the time I fly. That would be true regardless of Judge Mizelle’s decision, of course — these decisions are being made on a basis of a couple of weeks at a time, and there will probably be a couple of months between when I book my flight and when I get on the airplane.

And I remind myself also: I decided to fly to South Africa in the middle of the Omicron wave, and I spent weeks on that trip in areas which has malaria and a few more weeks in an area with dengue fever. These days, while Covid is no picnic, for vaccinated patients who get treatment quickly, it’s nowhere near the threat that either of those diseases would have been. It’s just the one I’ve spent two years protecting my family against, and so I’m oversensitized to it by now. Covid risks trigger my anxiety disorder, while some other risks only worry me as much as they actually deserve.

Knowing all that doesn’t help either.

Sometimes, I think the anxiety disorder is more of a handicap to my travels than the fibromyalgia is. I can do pretty much anything I want to with fibromyalgia, I just can’t do it all at once. I have to take it a little at a time. Anxiety actually stops me from doing things if I let it. I can usually avoid letting it stop me from doing most of the big things I really enjoy… but I stayed far away from the zipline over the water under Victoria Falls, for example. And I’m deeply glad that I didn’t know just how terrifying the African Aircopter was going to be before I got on board, because I might not have been able to make myself get on it had I known… and I wouldn’t have wanted to miss the gorillas for anything.

Part of the reason I started this blog is that the need to write about traveling gives me an excuse to keep traveling. But it also holds me accountable for doing the exciting things when I travel — the things that you tell me you want to read about, or that I think you might want to read about. Those are also, disproportionately, the same things that scare me.

Because there are things that help. They’re just mostly in our own hands. 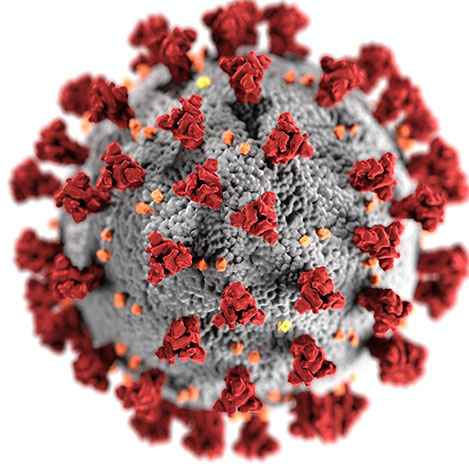 So, the new variant of Covid has not succeeded in completely derailing my trip… yet. Crossed fingers and toes, it...
END_OF_DOCUMENT_TOKEN_TO_BE_REPLACED